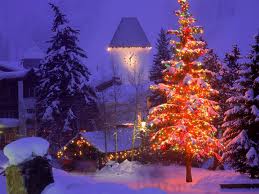 The Christmas tree is a tradition we can trace the roots of all the way back to ancient Egypt. These earlier societies like in Egypt or Rome placed critical importance on the sun and its movements in order to plan their agricultural production. The evergreen plants have been a symbol of agrarian prosperity and the coming summer.

Legend says that in the 16th century Protestant Reformer Martin Luther wanted to capture the beauty of the stars he saw walking home one evening. To replicate the brilliant stars amongst the trees, when he arrived at his home, Martin Luther wired candles to the branches of the tree making the first ¨Christmas lights.¨

For much of its young life, The United States of America, was generally opposed to the Christmas tree. It wasn’t until 1846, when Queen Victoria of England and her Prince Albert of Germany, were drawn on the cover of a popular magazine on the East Coast that the Christmas Tree in America began to popularize.

If you need Christmas tree delivery in Vail, Colorado look no further than Bloomingvails Christmas decorations.
Just ask for Debbie!